The legacies of ancient and Christian Greek culture exerted a powerful influence in western Europe, the Slavic territories, and the Islamic principalities around the Mediterranean rim from the end of antiquity to the fifteenth century, but the transmission of these legacies was neither straightforward nor without difficulty.  From the seventh century onwards, we find intellectuals, theologians, poets, and artists actively discovering, appropriating, and adapting many aspects of Greek literature, medicine, science, and theology to serve their own ends.  This conference examines the channels of transmission that allowed premodern people from western Europe to the Eurasian Stepp to the northern fringe of the Sahara to find the lost legacies of the Greeks, from the industry of the translators who rendered Greek texts into Latin, Arabic, Armenian, and Georgian to the activity of the cultural brokers who travelled back and forth between medieval Europe, Byzantium, and the House of Islam (diplomats, merchants, or soldiers) to the appropriation of Greek cultural objects for the purpose of devotion or as spoils of war.  Interdisciplinary in its approach and expansive in its geographical reach, this conference will consider the impact of Greek learning on medieval theology, medicine, philosophy, law, literature, history, material culture, and the transmission of the classical tradition.

We welcome papers that consider the following or related questions: 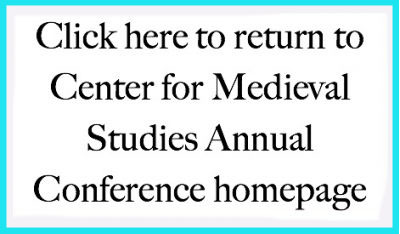