Inside Fordham’s article on Think Romance!

Romances were the most popular, most influential, most wide-ranging form of fiction in the high and late Middle Ages. While this popularity has ensured a great deal of modern critical attention, particularly to individual romances, it has not necessarily meant that the place of romance in the Middle Ages has been understood adequately. That is, as scholars outside of the field of literary studies – historians, art historians, musicologists – have begun to look at romances, those inside continue to treat this genre largely in terms of its literary merit. This interdisciplinary conference seeks to re-conceptualize romance more broadly, not only as a topic of interest for scholars of particular medieval vernacular texts, but as a kind of tool, a bearer of a set of assumptions, a cultural category available to medieval authors, artists, composers, and patrons.

This conference thus invites new work on a variety of topics, including the birth of romance out of historical prose and its supposed death in the early modern period; on the generic fluidity of romance, particularly its relationship to chronicles, hagiography, and fabliaux; on the relationship between the romance and visual art or architectural space; on the romance book as object and objects inscribed/decorated with romance motifs; on the place of romance in the development of new musical genres and theatrical performances; on the status of romance in cultural geographies that conceptualize notions of normativity and otherness; and on its role in the discovery of new worlds (literal and figurative) and the obliteration of old ones.

Although papers on individual romances are welcome, we particularly encourage work that positions itself more broadly, that uses one or more texts, as well as very different source material (archival, documentary, historical and art historical), to rethink the place of romance in medieval culture as well as in our modern understanding of the Middle Ages.

Co-Sponsors:
The Department of English, Fordham University and
The Centre for Medieval Studies, University of York, UK 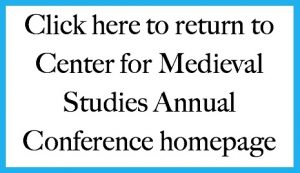 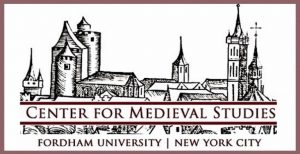